Error: Twitter did not respond. Please wait a few minutes and refresh this page.

This blog by Tanvi Swar is licensed under a Creative Commons Attribution-NoDerivs 3.0 Unported License. 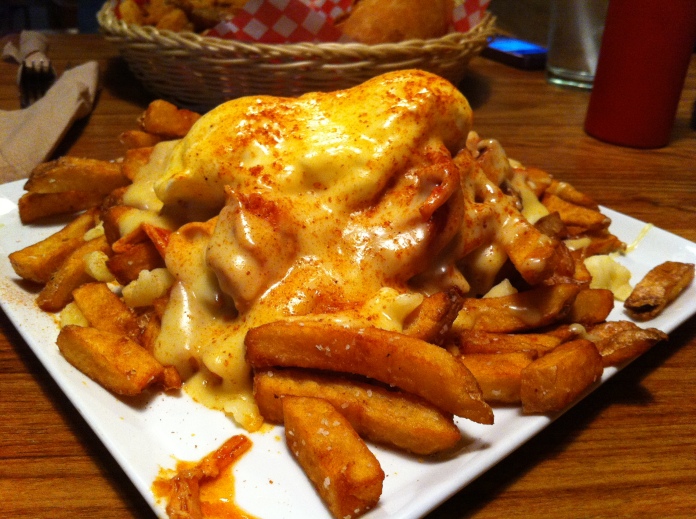 I’ve been meaning to write about Lou Dawg’s for a long time now – since the first time I went there, actually (2 years ago), but life got in the way. By life I mean school. I currently have a hectic work life (well, it’s hectic until 5 and then I have a trillion errands to run and social commitments) but I’ve decided to get shit done today. Especially since my apartment viewings were cancelled. Which is terrifying when I think about it because I may not have a place to live in September.

Anyways. Back to Lou Dawg’s. I literally walked past the restaurant the first time I visited, because it’s under Cream (I think that’s what it’s called) and it’s very easy to miss, especially if you’re blind like me and can’t see the giant LOU DAWG’S carved into wood. The first time I was here, I did this thing I do with my sister and boyfriend (aka the only two people I don’t mind sharing my food with) where I got one meal, my boyfriend got another and then we ate half and swapped. Since then, I’ve had almost everything on the menu.

Even though that’s an “almost”, it’s a big deal because I rarely go to restaurants twice. I think of eating out as an opportunity to try something new every single time. So it’s very rare that I’ll go to the same restaurant more than once. I’ll write a separate post on the few restaurants I’ve visited more than once.

Before I go off on another tangent, let me just say that everything on the Lou Dawg’s menu is delicious. I can only say this about ONE other restaurant in the city, and that is Khao San Road. I have literally never been to Lou Dawg’s and even slightly disliked anything. Pulled pork? Delicious. Chicken Wings? Amazing. Beef Brisket? Incredible. Fried sole? Scrumptious. Chilli? Flavourful AF. Ribs? Perfect.

Seriously. If you haven’t been to Lou Dawg’s yet. Please go. It’s supposed to be a “Southern” themed restaurant, but there’s enough Canadian twists and this is not, by any means a bad thing. Chilli on fries with cheese curds is the greatest thing ever. Lou Dawg’s smokers work full time, and I imagine there’s always something in there. They smoke their wings, their ribs and all of their meat before cooking it and serving it to you.

Okay, let’s talk food instead of me just gushing about it:

Wings: Lou Dawg’s chicken wings come in saucy or dry rub, and I suggest the dry rub. I just really like getting the rub all over my hands and licking it after, while I chew the meat. I will admit the meat is slightly tough, on some parts of the wing, but for the most part they are perfect and crispy. 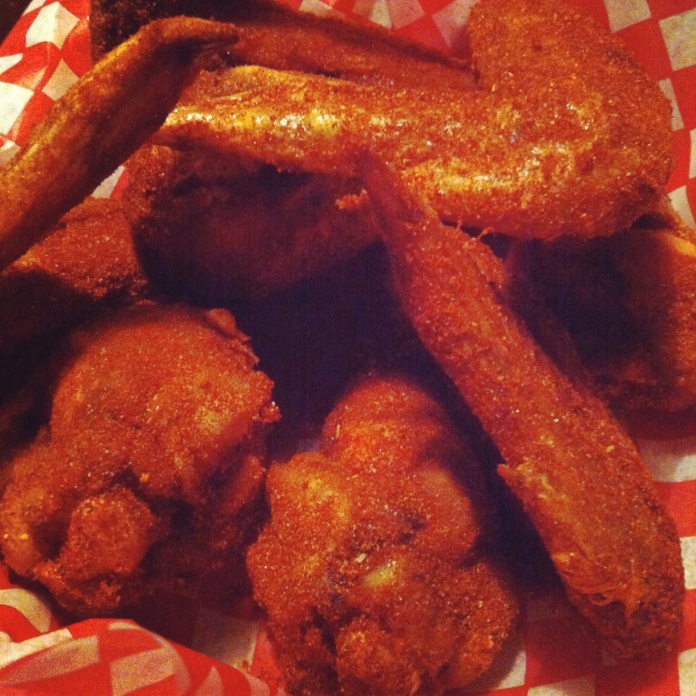 Ribs: Ribs kind of taste the same no matter where you get them. Except Lou Dawg’s. They rub the smoked ribs (rubtheribsrubtheribsrubtheribs k I’m done) with brown sugar before generously coating it in their BBQ sauce and the result is absolutely delicious. Perfectly cooked pork with sweet and spicy barbecue sauce, soft and tender on the inside and crispy and caramelized on the outside. I always make sure I wear black because shit gets messy. 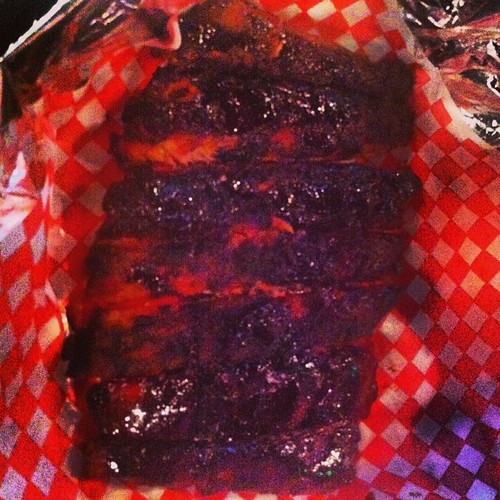 Pulled Meat: The pulled meat at Lou Dawg’s is perfect. I mean it’s their thing, so it kind of has to be. But it’s actually incredible. It is perfectly flavoured using just the right amount of spice. Whether you get the beef brisket, the pulled pork or the pulled chicken, all of it is perfectly cooked. I also really, really, really love that they have the option of “pulled chicken” because it makes them seem really thoughtful, because back when I was a moron and didn’t eat beef, it was kind of awesome to have that second option that wasn’t pork.

Sides: Sweet potato fries and corn bread. Those are my go-to sides at Lou Dawg’s. However, their fries are absolutely delicious and freshly cut and fried (I just don’t eat potatoes). Their corn bread comes with pieces of jalapeno and cheese in it and really what more do you want when you have corn bread and pulled meat? Nothing. If you want more, you’re being greedy. I haven’t had their coleslaw or their meaty BBQ beans, but from the noises I heard from around me Saturday night, they’re definitely sides you must try. Apparently the meaty beans are extra meaty, so if you get the 2 meats + 2 sides deal, it might be too much meat (pssshhh). The Black Bean corn salad is fresh and delicious, but I’ve only gotten it once and rarely ever think of getting it. Deep Fried Pickles are super yum, if you’re into that, too.

Alcoholic Beverages: The only reason I have this “section” is because Lou Dawg’s has great drink deals. I never drink there because I’m usually too busy stuffing my face like an animal, but they have nights with cheap JD shots. Look at their website/Twitter before you head there. Also, DELICIOUS caesars.

Now I’m hungry and sad that I’m eating chicken and vegetables for dinner instead of Lou Dawg’s. Do yourself a favour and go eat everything on this menu. 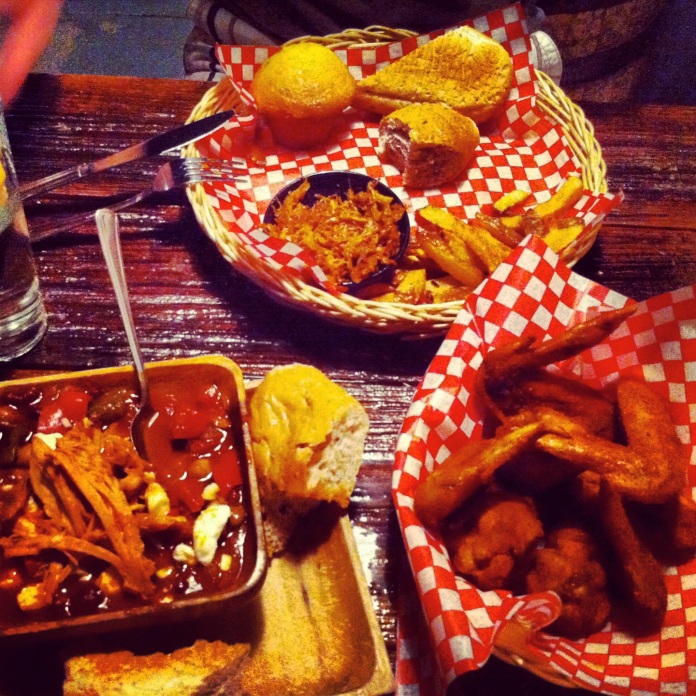